We have heard a zillion times about the ways about becoming rich, about becoming powerful, on becoming successful and other cool things. I include below the top 10 ways of leading a fulfilling life. If you live a fulfilled life you will pretty soon convince yourself that you have also been successful.

So here goes. The 10 tips in no particular order

If you follow even a few of these tips you are bound to have a more fulfilling and hence successful life.

Here a list of key lessons from the Gita and the Bible. These are really difficult lessons to practice in daily life but well worth trying.

– Maintain your poise towards success or failure, pleasure or pain, sorrow or joy (A true yogi is one who has transcended the dualities – Gita)

– Maintain your equanimity at all times. Do not swayed by praise or criticism ( A true yogi is neither elated at praise nor is he upset by criticism – Gita). If we have this attitude we will not crave for recognition nor will fear criticism

– Treat everyone equally without bias or partiality (To a true yogi a brahmin, an outcast or a dog is one and the same – Gita). We should not form opinions or pass judgments on others.

– Repay with love when an act of unkindness (Love your enemy – Bible).

– Never harbor any hatred towards anybody at anytime (Forgive those who hurt you. Pray for those who persecute you – Bible). It never helps to nurse a grudge against anyone. A grudge is an unnecessary burden than be destroyed utterly only through forgiveness.

– Give and give freely. Do not trumpet your acts of charity (Your left hand should not know what your right hand is doing – Bible)

These lessons from the Gita and the Bible are truly eternal in their concept. They are living lessons that will live till eternity 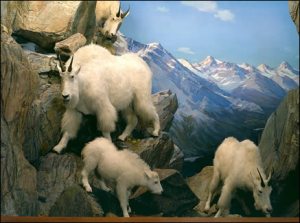 When we are young – good and bad are usually in black and white. However as we grow older we realize that life and values in life are not so straight forward. There are many shades of grey that exist between the good on one side and evil on the other. Oftentimes we have to contend not with just the good and bad but with the good and the good.

Honesty is good, Tact is better: While honesty and stating facts as facts makes sense when one is young as we grow older we need to take a smarter approach towards handling different situations. Very often people feel offended when they are told the truth, particularly when they are wrong. They may feel insulted. In these situations we need to be more subtle in telling the truth. We need tact and tell the truth in a more palatable way. So honesty should include a good amount of tact and smarts.

Kindness is good, Indulgence is not: We all know that we have to be kind. So while our innate kindness may want us to part with a few coins to a beggar, it  would it make no sense to constant shower the same beggar with a lot of money, assuming that the beggar is not physically handicapped and can earn an honest living. Similarly while we may want to be kind to our child we should not condone the child’s tantrums. Kindness and discipline go hand in hand. Kindness should be accompanied with dollops of good sense.

Humility is good, Servility is bad: Humility is a very misunderstood concept. We generally think humility is the opposite of pride. We think that humility means that we should try to underplay any achievements of ours. We assume incorrectly, that we must never, ever talk about things that we have done. Actually humility means being able to fully understand one’s strengths and weaknesses and having a realistic view vis-à-vis the world. We must realize that while we may be good there are many who are still better. So humility is being realistic about one’s achievements.  However, we often confuse humility to being very servile. We think that to be humble means to just listen to everything and everybody. This is completely incorrect. So we need to humble but we should never be servile.

While this post looks at different shades of a particular virtue the highest of all virtues is kindness and compassion.  It is always more important to be kind than correct.

Virtue denotes moral excellence according to the dictionary meaning. But can virtue be defined? We normally consider acts of honesty, kindness, humility, compassion as virtue. But on closer observation we find that virtues cannot be so easily defined.

In fact nothing is more nebulous than virtue. Every act that we perform cannot be viewed in isolation. We need to take a holistic view of the act – the situation, the circumstances, the cause and the consequences of the act before classifying the act as being morally excellent or not.

A naive definition of truth is generally understood to be a simple statement of a fact. This is what we as kids learn. However as we grow older we learn that sometimes we need tact rather than direct statement of facts – hence we sugar coat the truth. Other times we may have to tell a white lie where we withhold a certain part of the fact when we know that mere telling of the fact can cause greater harm than good. This brings to mind the anecdote in which a sage on being asked by bandits with murderous intentions whether he saw a man flee in a particular direction simply states the fact, resulting in the man being caught and killed. The sage could have told a white lie in this situation. In these situations truth which is pure and the highest virtue cannot be the simple statement of fact.

Another situation that can be considered is when a corporate needs to retrench a part of the workforce. For the employees affected by this move it does appear cruel. But in the eyes of the CEO such a move is necessary for long term health of the organization. In these situations again virtue cannot be easily defined. On the one hand it resulted in people losing jobs and earning capacity at least temporarily, while on the other hand it prevents further decay in the organization.

Was Robin Hood, who stole from the rich, to give to the poor justified in his act? While it may appear that Robin Hood was stealing on the other hand he was using the stolen wealth to help the poor. With this view can virtue be defined as an act in which the ends are noble, though the means are not? Or does virtue necessitate that both the means and the ends be morally justifiable.

In fact at the highest realm of virtue, one virtue is really indistinguishable from another, Hence if we look at virtue as an act that produces the most beneficial consequence then truth, kindness, non-violence and compassion all merge together becoming virtually distinguishable.

Hence virtue at the highest level cannot be easily defined and is in reality an amalgam of many virtues.